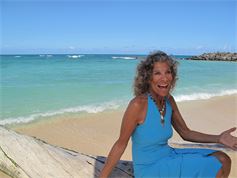 Who am I? Who are You? Nice to meet you via cyberspace.
I am the sum of all my parts and more, My Emergent Self, just like you. Sometimes we know who we are and live true to ourselves, and sometimes we journey for years to meet our Self one day.

Born in 1948, I’ve been a Woman in Transition, a gypsy life on the search for home on all levels –  geographically, spiritually, emotionally, psychologically, careers, relationships, financially – reinventing myself several times over.

In the 1970’s, I careened off the conservative course of my middle class conveyor belt of life, and took a turn on the road of self exploration, spurring me on to that personal quest for my own Holy Grail.

I participated in encounter groups, gestalt therapy, bio-energetics, psychodrama, and whatever was happening in the human growth and potential arena at that time.  Along with the psychological/emotional smorgasbord I was sampling and studying,

I was introduced to yoga at Swami Satchidananda’s Integral Yoga Institute in New York City, the same Swami I heard invoke Om’s at Woodstock. My spirituality-in-hiding was tapped into, like finding the vein of a gold mine.  Creativity and non-structured work environments were my guideposts.
I owned a plant store, and became part of the generation exploring the changing times: flower children, hippies, communes, group houses, be-ins, sit-ins, marches. Experimenting with life and lifestyles, the counterculture was alive and well and I was a bud about to flower.
Searching, I traveled and lived in many cities across continents; the city girl went hippie living on a commune in the German Alps gathering herbs, chopping wood, selling cottage industry-made handcrafts, rewriting the Whole Earth Catalog in German, and interfacing with alternative social, political, economic, cultural and lifestyle ideologies. 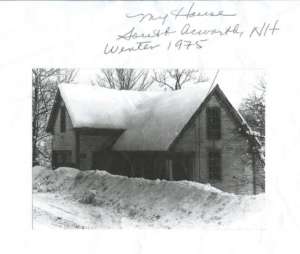 After several years of living abroad, the woods of New Hampshire drew me in for personal introspection and I found the outlets of writing, and photography.   After a year of partial isolation living in a fixer-upper house, no running water, and chopping wood to keep warm, I moved to Boston, where I immersed myself in dance, theater, rebirthing, teaching fitness and nutrition in health clubs, studying and teaching Yoga. 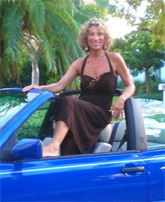 Winter’s harshness sent me southward to Miami, Florida to defrost.  In Miami, I continued my Yoga studies and began working at Alternative Magazine, which espoused the alternative lifestyles of health, spirituality, politics, environment, and economics.  My responsibilities were multifaceted: project manager, writer, layout person, salesperson, organizer and promoter of alternative-related seminars.  The magazine tapped into my creative, organizational, communication and people skills.  I was experiencing more of me one glimpse at a time.

While delving into the Spiritual realm through Yoga, the ‘Body’ beckoned me to become a licensed Massages Therapist.  These body/mind/spirit practices created the term, Spiritually Mindful Body, referring to a connectedness that is always there, and one we fine tune throughout our lives.

The decade of the 80’s signaled my ‘Mindful’ realm, facilitating self-esteem workshops, and personal growth, Counseling, and graduating with a Masters of Science in Mental Health.  Re-entry into the 9-5 life began as Executive Director of an Elderly Adult Congregate Living Facility. Death and dying, and the meaning of life toward the end of one’s life were prominent issues that I came face to face with in my interaction with these inspiring and sometimes bitter people. Here was life at the other end of the spectrum:    What had they done and learned in their lifetime?  What determined how they coped with this part of their life? Some were appreciative, others bitter, some remorseful; others content and ready to go. Some carried their baggage from the past, others had learned to let it all go and be in the moment, soaking up every bit as they moved closer to the end of this world’s journey.

I continued to weave the components of my personal journey into this situation: learning the meaning of life through the eyes and verbiage of the elderly.  Working on a 24/7 basis with death and dying, I needed more life and living. As has been my pattern, my personal quest for learning and experiencing the fullness of life sought out new challenges.  On to a new adventure!

During this transition stage, I changed gears and dabbled in show biz as a wardrobe mistress for a movie being filmed in Miami’s hidden jungles. When the filming ended, the movie’s costume designer hired me as wardrobe mistress for the Miami-Dade Opera Company, adding supernumerary (an onstage extra) to my job description.
Being backstage and on stage and with the kings of opera, Pavarotti and Domingo, each with his own style of voice and interaction with the cast, was a thrill for me.
The costumes, make-up, and music transformed me into a princess in the first opera, a prostitute the next, and then a prostrating nun for the season’s finale.  This theater experience was a wild fantasy ride into realities and roles.  Aren’t we all actors on the stage of life, taking on different roles as our realities change?
Transition time and financial needs sparked the way for my entry into the creative environment of the advertising world in one of Miami’s largest advertising agency.  As creative assistant and then Traffic coordinator, I was once again immersed in the fascinating communication of ideas through the visual and written word.
As traffic coordinator I was responsible for the organization, coordination, and collaboration of all aspects of an advertising campaign.  Working on deadlines, and schedules, the pressure was always on for the finished product to be in the right place at the right time: in the public eye. 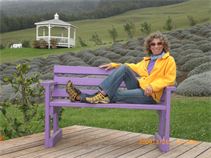 Morphing into a personal dynamics counselor, led me to the creation of programs for the women, children, and staff of a Women’s Shelter for Domestic Violence.   Furthering their understanding of abusive relationships and their role in breaking the pattern of victimization was challenging and rewarding for me.  When even one woman would get a glimpse of hope and be willing to step out on her own, I know I helped at least one person to a better life.
Furthering my Counseling, I developed and facilitated groups in a pilot program for Cities in School, an alternative Public High School.  Children, ages 14 to 18 from broken homes and abusive parents, were afforded another chance at their education in a smaller environment with guidance counselors at every turn.
My program was designed to elicit and foster their dreams and desires hopefully leading them into a direction of furthering their education and/or entering onto a career path.  At the end of the year, several of the students who participated in my group, graduated and moved into career positions or continued their studies.
The pilot program for group facilitation for these teens became a fixed entity in the curriculum of the school.

Throughout my wanderlust journeys, I was always an Organizer and Event Coordinator
for Communities & Organizations.   Edutainment Events raised awareness for many Communities, 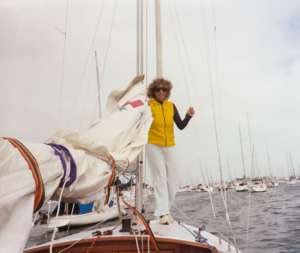 while Fundraisers raised thousands of dollars for the advancement of many worthy organizations.  Seminars and Workshops nourished an individual’s personal journey.

Even though I grew up on the streets of Brooklyn, New York, I always felt an affinity to tropical island life. Moving to the Big Island, Hawaii, in the early ‘90’s with my husband at the time, was my first taste of real island life, not just a few weeks on Miami Beach, the Caribbean, or Jamaica
. 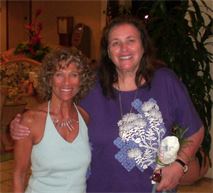 While managing his chiropractic office on the Big Island, I incorporated my Counseling and Yoga practices. After a giant leap of living in peaceful Hawaii to bomb exploding Israel, we quickly returned stateside to a new home, Mill Valley in the San Francisco Bay area.
Combining our professions, I established the Emergent Life Wellness Center.  An alternative team approach for an individual’s journey through health. We offered everything from Acupuncture to Zen meditation and in-between.
My passions ignited as I organized Community Events and Women’s Salons, facilitated workshops for Domestic Violence, and entered the mythically creative environment of Dr. Jean Houston’s monthly Mystery School weekends, and her yearly Social Artistry Leadership Intensives.

The needs of elderly parents brought my husband and me to Key Biscayne, Florida to care for them on the last leg of their journey, and the demise of our marriage.

January 2006 with our marriage over, I left my husband and Miami returning to Marin County, a place I loved. Unexpectedly, Bali showed up in my life and I was guided to attend a Quest for Global for Healing Conference. 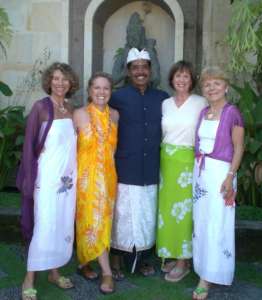 Feeling at loose ends in my life, Healing was something I needed for my “Global” self as well. I flew to Bali with my best friend, Joyce, and we stayed on for several weeks after the conference. Feeling nourished and replenished, I returned to Marin County unsure about the next phase of my life. A dear friend called and invited me to house sit for a few months on Maui. I arrived on Maui June 2006 as a new divorcee, and never left.
Mother Maui had called me to the ‘home’ I had been looking for on all the levels that my Spiritually Mindful Body required.
Not knowing anyone, I happened upon Argentine Tango, of all things to find on Maui! and became joyfully addicted to the dance, and embraced by a wonderful community. Tango began the re-awaking of my passions, my sensuality, and affirming life once again. Read more about Tango.
And here I am: Settled into the island and its lifestyle, re-inventing myself using my life experiences, and passions, finding new ones, happily immersed, and expressing myself in as many ways as I desire, and sharing it with others. Maui welcomes it all…as I do

Whichever portal you choose to enter  ~ Body, Mind, Spirit
all three are always connected and become more than you can dream of…a Spiritually Mindful Body
Enjoy your Emergent journey! ~ and in all ways ~ Keep Smiling